The history of dolphin assisted therapy on Bali island

The history of dolphin assisted therapy on Bali island

In the beginning of the 70s, lots of benefits of animal presence for patients were discovered, which resulted in further research concerning the psychological aspects of contact between patients and all kinds of animals. Dolphins came into consideration, when Dr. Betsy Smith started a scientific research with dolphins and autistic children in Florida called “the dolphin project”. In 1978 the neuro psychologist and behavioral scientist Dr. David E. Nathanson started to examine the effects of Dolphins for handicapped children at “Ocean World”, Ft. Lauderdale ( Florida).

The history of dolphin assisted therapy – He developed a series of carefully controlled language experiments, using dolphins as teachers for children with Down syndrome. As it turned out, the presence of dolphins offered different benefits for the children in terms of processing information (for learning occurs more rapidly by an increase of sensory attention, especially for the mentally impaired). In 1988, Dr. Nathanson started a therapy program at the “ Dolphin Research Center” in Grassy Key, Florida, which he called “Dolphin Human Therapy” (DHT). Between 1989 and 1994 more than 500 children with special needs had the opportunity to join Dr. Nathansons program, that was later moved to Key Largo, Florida.

In the year 2000 Carla Henco, B. Spec. Ed., founded a support group for special needs people in Bunbury, Western Australia, which was named “Bunbury Dolphin Therapy”. There she worked with wild dolphins, running the program for six years with exceptional results for people with all kinds of disabilities. 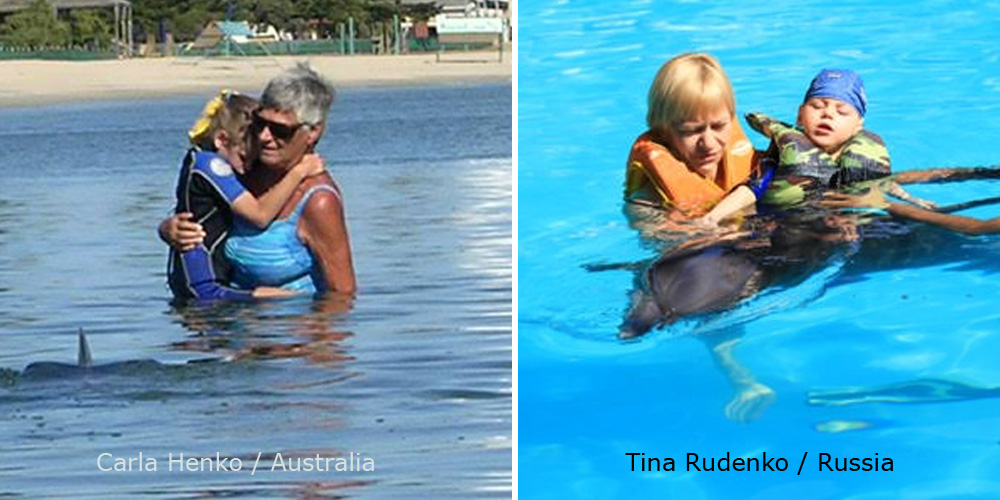 In February 2007 Carla Henco brought her concept of DAT to Bali. Since then she has helped the children and adults with special needs who came to Bali, building up a therapy structure in cooperation with other therapists from all over the world.

Here at Bali Exotic Marine Park we continue the concept of DAT based on the experience and developments in the last 12 years made at in Bali but with a higher standard of our entire new facility.

The history of dolphin assisted therapy